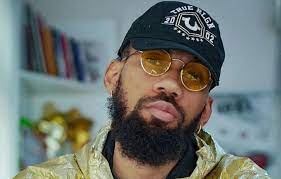 Although Phyno has tried to keep his love life and relationship private, he is a celebrity so it is impossible for him not to be romantically paired with beautiful ladies. Some are true and some are left unverified and may just be mere rumours.

Azibuike Chibuzo is a Nigerian rapper who is known for his rapping style in Igbo language. He is single and unlike his other colleagues, he does not have a child or baby mama dramas. However, he has been romantically linked to several women both in the music industry and outside.

Chidinma and Phyno were romantically linked together. People started to speculate that they were in a relationship when they always saw them together and their pictures always surfaced online. The two collaborated on a single together, Bless my hustle’ which was a hit. The song made it easier for people to believe that they were in a relationship.

Chidinma and Phyno never came out to deny or confirm the relationship.

Phyno has been romantically linked with the ace actress. Phyno also made it public that he had a crush on Genevieve and this explains why Phyno kept mentioning the actress’s name in his hit single, “No Guts, No Glory”.

He also said that he cannot rule out dating Genevieve even though people had told him that it would be impossible. He believes that anything is possible in the dating space

Yemi Alade has confessed that she used to crush on the rapper. She made this known in an interview with MTV Base Real Talk. She said that she was open to a relationship with Phyno if he was also open. Phyno responded a year later in an interview stating he liked Yemi Alade. The two were also seen together on several occasions and people believed that they had a secret romantic relationship.

Related Topics:phynoYemi alade
Up Next

When You See These Signs Your Relationship Has Communication Issues

Bimbo Ademoye – Did She Date These Men?