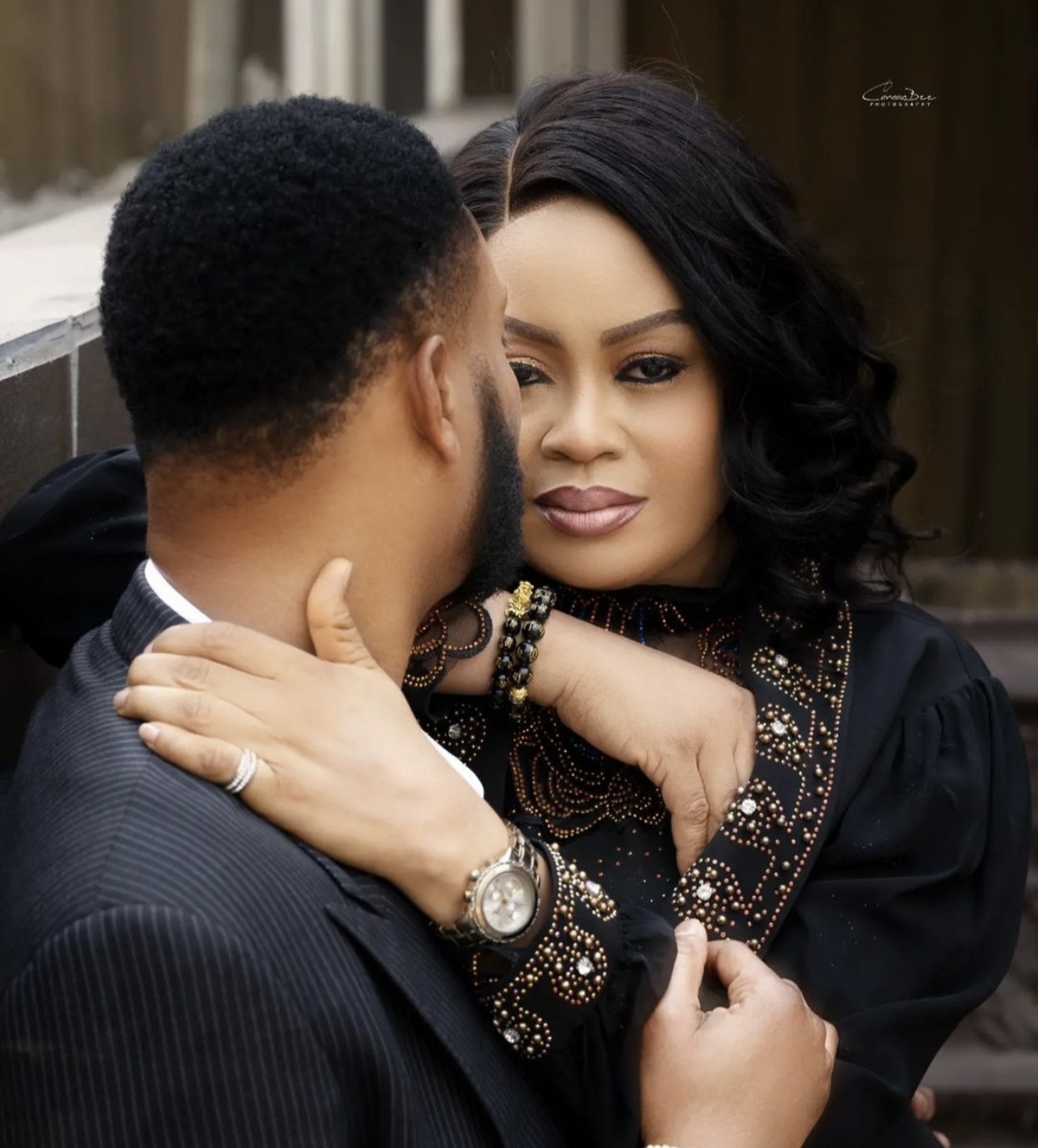 The popular Nollywood actress tied the knot traditionally with her boo on January 12, 2023.

The amazing ceremony was held in emo state, which is where pioneer Actress Nkiru Silvanus was born.

The actress who has been pretty private for a long time made a lot of Nigerians go wild with excitement when she came out in public, but to announce her engagement and wedding.

Let’s recall that towards the ending of last year, she posted a picture of her engaged finger.

On January 11, Nkiru Sylvanus  posted pre wedding pictures of her and her lover without revealing his face.

Invasive Nigerians took to her instagram  and Twitter to inquire about the man and question her as to why she was hiding the identity.

But no worries, because they were soon placated after the MC of her ceremony revealed the groom’s photos.

During the traditional marriage ceremony, his face was finally revealed to us.

Her MC was popular comedian chief IMO and he was the one who posted the photos of her and her husband, revealing his face.

Let’s wish the beautiful couple a wonderful and blissful union together.

Kylie Jenner And Travis Scott Break Up After Separate Holidays