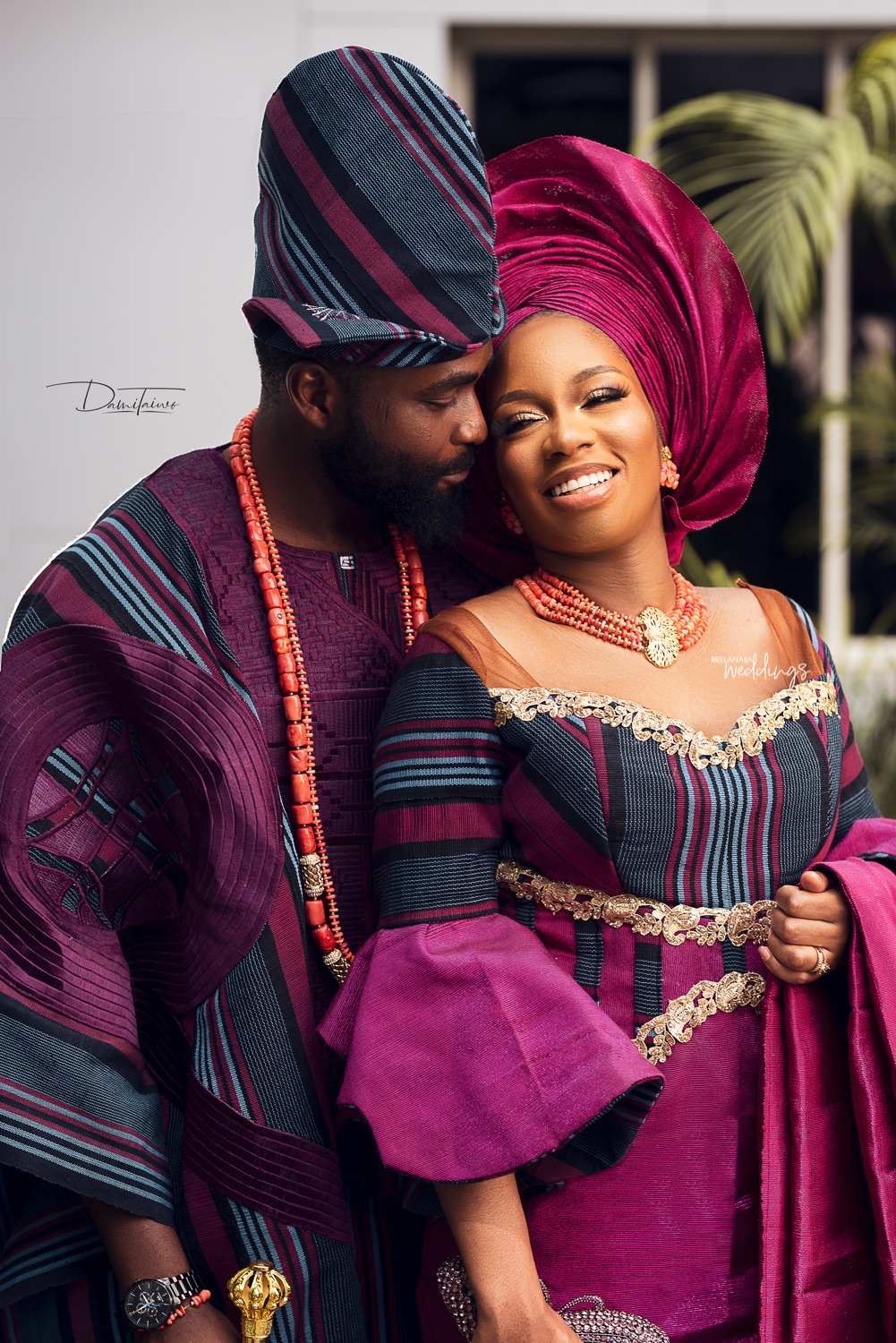 These two broke the internet with their wedding pictures. Who would have known?  The two were housemates on the popular Nigerian reality show, Big Brother Naija (BBN) Season 4, Pepper Dem edition. During their time in the house, there were rumours carried by fans of the show that Khafi was pushing herself on the male housemate, Gedoni. There were even blogs that wrote about it.

To be honest, in the show, it looked more like it. One time in their diary season, Big Brother asked Khafi who she wanted to see in the top five. She mentioned herself, Gedoni and three other housemates. When it was Gedoni’s turn, her name wasn’t mentioned. Khafi was dragged all over the internet for being stupid.

In an interview with Vibe NG on YouTube, Thelma a housemate from the same season said that Gedoni and Khafi where in a fake relationship and they were not being real to each other. She said Gedoni was taking advantage but she’ll blame Khafi for not having self-control. She also accused them of always having sex in the house.

After Gedoni got evicted from the house, Khafi later disclosed that she never had sex with Gedoni or any other housemate. This was said when the housemates were sharing things people didn’t know about them. She said she had been celibate for 8 years and she’ll never have sex with anybody on the show.  Fans were surprised because there was already a supposed leaked video of Khafi and Gedoni. Gedoni also confirmed during a Twitter Q and A session that he never slept with her.

Also, Ike, a housemate, confirmed that it was he and Diane, a female housemate that planted the condom beside their Gedoni and Khafi’s bed to prank them. It was the condom that started the rumours of the duo sleeping together.

After a few weeks into the Big Brother Naija house, new housemates were brought in even after several evictions. Venita Akopfure, the Nigerian actress was one of them. She seemed to be ‘trouble’ for Khafi because she started showing interest in Gedoni. During one of the live evictions, Ebuka the host asked Khafi how she feels about Venita’s intrusion in her relationship with Gedoni. Venita while speaking to Gedoni said Khafi will never have a chance if she decides to have him. Gedoni simply hugged Venita and planted a kiss on her cheeks. This even gave people more proof that Gedoni was using her.

If you weren’t a fan of Big brother, I’ll be glad to introduce you to these love birds.

Khafilat Kareem was a full-time police officer with the Metropolitan Police UK before she left and came for the reality show, Big Brother. This was when she came to light. She was born in The United Kingdom on the 3rd of November, 1990. She originally hails from Ekiti State, Nigeria. She’s currently 31. She’s a reality TV star, vlogger and YouTuber.

Ekpata Gedoni is a reality TV star, Nigerian fashion entrepreneur, television personality and social media influencer. He hails from Cross River, Nigeria. Gedoni was born on the 2nd of May 1988. He is currently 33 years old.

After they were out of the reality show, no one really heard anything about them except for pictures and speculations. People believed and some went as far as to hope that they broke up. When it seemed like they were becoming closer because of the pictures they posted, some started to believe that maybe the two were really in love and some still believed that Khafi was being used.

On the 25th of December, 2019, the same year of the show. They went on vacation at Cape Verde and Gedoni went on his knees to propose to her, and she said yes!  The picture shook the internet because nobody really expected it. Thousand and thousands of congratulations from friends and foes. They are the second couple to get married from BBN after Teddy A and Bam Bam.

The female housemate lost her blood brother Alexander Kareem who was killed in a London shooting on Monday, June 8 2020. 2020 was a rough year for her but it still brought good things her way. She married the love of her life.

Although The couples took to Instagram and posted wedding pictures on the 26th of December 2020.

It is believed that they married way before then. They had their court wedding on September 24, 2020, at the Ikoyi magistrate court.

On July 21, 2021, Khafi took to Instagram to announce that she was pregnant. In her caption, she threw a shade at people who have been carrying rumours of her having sex and getting pregnant for Gedoni. She wrote,

“According to some of you here, I have been pregnant for the past two years. I’m glad to say your predictions have finally come true! I couldn’t be happier. #BabyKhadoni2021”

In this picture, you’ll see she was heavily pregnant already before posting her first pregnancy photo. Same thing they did with her wedding pictures. The couples have been staying off from the media and its toxicity and it’s been going well for them.

On August 22, 2021, the couple welcomed their first child, a baby boy and they named him Miracle.

They had their first Christmas with their son and the new parents couldn’t be happier.

The couples had a grand style of treating themselves out on their birthdays and dropping long heartfelt captions but Khafi took it higher this year, 2022. She planned a surprise trip to Montenegro for her husband’s birthday which was on the 2nd of May. He initially thought they were going camping.

Regardless of what people said and how they wrote them off, they are living proof that love conquers all.