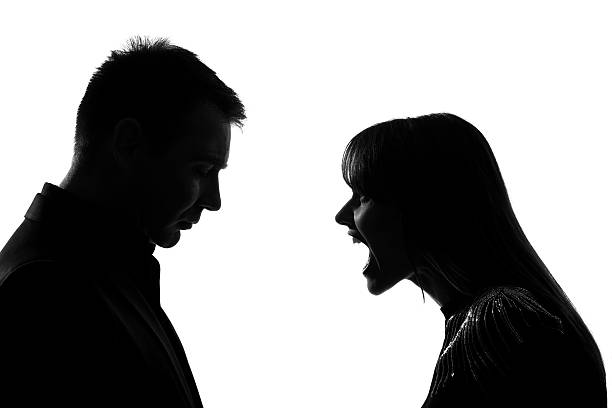 Lovers Desk is a weekly Lovelife.ng series that explores the relationship struggles and exploits of young Africans. It showcases the hidden love and hurt stories that are rarely shared or discussed, helping you see through their lens and draw lessons for your own love life.

Yomi thought he could make his girlfriend better so he took in all the abuse and toxicity the relationship brought in. How much was he willing to take and when did he decide….’ Omo, it’s time to pack up and go!’

I really liked Arin. Like I really did. My friends would call me a simp then but I’ll always try to defend myself that simping was when you were a fool to someone you are not dating but it’s no longer simping when you are dating the person. That was my own dictionary meaning cause I was drunk in love. They will say “Mumu na Mumu” and I’ll just laugh. I can’t lie, I lost my respect. I even lost some friends because of her. It was just so painful. The whole thing has made me cancel love.

Arin literally had no respect for me. I am from a rich home so I always had a lot of pocket money. I’ll spend it all on this girl. Like all. Nothing for me and my friends. The phone she used to break up with me, I’m the one that got it. She didn’t even break up in front of me. She still showed me pepper and broke up on WhatsApp, not even Instagram.

I’ve never met anybody as toxic as she was. Omo, no jokes. She was always with every guy and my friends saw it. She was an easy catch, just give her money. As for me, because she knew I genuinely liked her, she didn’t even let me touch her and I respected it because love comes with respect.

Now that I’m thinking about it, I don’t know if that was respect or if I was just a total idiot. Like, as I’m saying it now, I’m realising how toxic that relationship was. She had no respect for me but I respected her to pieces, she hung out with guys and I couldn’t even have a lot of female friends because of her. She would fight with me for weeks because she saw me with a female friend. The funny thing was that whenever she took these week breaks because I was with another friend of mine, she would be with other guys. Not friends now, disgusting guys that just wanted to sleep with her and she’ll do it. I saw all these things but Arin was my all. I was ready to forgive and let it slide.

There was this time when she told me to keep quiet in front of my friends, they laughed and she was like, ‘what’s funny?’ Omo, they were quiet ooo. After she left, they started asking me how I was coping. As usual, I was giving silly dumb replies and they finally concluded that I was under a spell. I low-key believed it because I could see she didn’t want me but I couldn’t let go. She was not like this before we started dating. In fact, she was the one who came to me and I was on my own.

When did I feel like I had to go? Well, even after all my friends talked, I wasn’t moved. That was the extent of the stupidity.

On Tuesday, my friend from home came to my apartment in school and he was going to stay

for a couple of days. I was cool with it anyway. The next day after school, I came back to see Arin with him on the bed.

Omo, I was going crazy. For the first time, I raised my voice and told her to leave my apartment. Like, get out! That night, you won’t believe what she sent to me. This young lady sent me a message on WhatsApp, I’ll quote what she said, ‘Yomi, I can’t believe you could send me out of your house even though you knew I was half-naked. You are so cruel and wicked and I’ve tried my best to stay with you. Thank you for showing your true colours. I’m ending this relationship.’

Although she ended it I had to tell myself that it was the best for me. At first, it was like I was going to come back and beg but gradually, my friends helped. I wish I showed that girl my true colours as she said. Now I’m so angry ehnn. Like it’s the audacity, coming to tell me I’m wicked. Somebody that used to steal my money. Omo I don’t want to open Arin’s chapter so let me just end here.

Lovelife: Hmmmm. This one choke. How do you feel now?

Lovelife: How do you feel? You mentioned you were angry remembering and telling the story. Do you still feel that way?

Yomi: Just regrets. It feels good to share tho. I would have shared her pictures so you all can see her and stay away but I won’t.

Lovelife: No, don’t do that. This is a page for Peace. What do you think you’ve learnt from this experience?

Any relationship that’s going to strain me, I’m out. I said it earlier, I don’t even plan to be in one again. Like this girl messed with me. I’m just going to watch anyone I like from a distance.

Lovelife: I’m guessing you are still in your healing process and you will bounce back. Always stay with your friends, keep yourself busy with things that you love and you’ll be fine.

Lovelife: No we mean, fine enough to love again.

‘My First Boyfriend Is Now My Husband’ (Favour’s story)