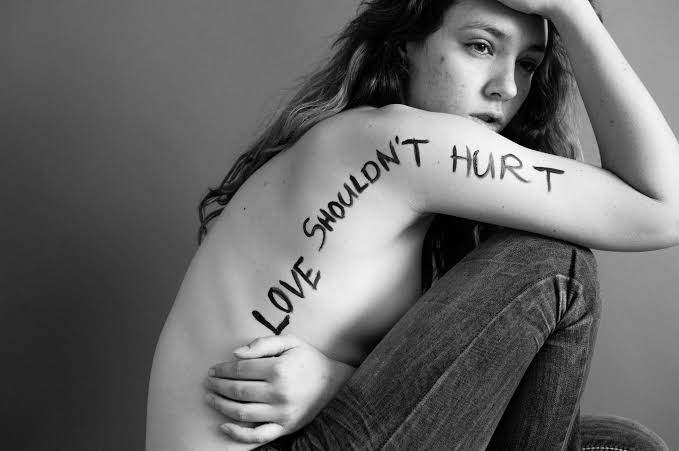 Oloni’s Thread: 7 Life and Relationship Lessons For Every Man and Woman

On Sunday, March 24, Twitter user, @Oloni asked women to share screenshots of long messages they sent to the men in their life, and they feel stupid for. Many women shared screenshots that can only make us feel sad for the ill treatment many women continue to endure in the hands of men.

I have come up with seven lessons for both the man and the woman as it regards this thread.


I’m aware that this Oloni’s thread has further push to bare the phrase ‘men are scum’ but you must understand that scum has no gender. When we all bare this 7 lessons in mind, we can do relationship better.


Many Women Don’t Love Themselves

Reading Oloni’s thread was heartbreaking for me because I saw a pattern in all the messages. Every message showed that the women were desperately looking for someone to validate and love them.

The first rule of love is to Love Thyself. If many women had fallen deeply in love with themselves, they would never accept less from a man perpetually.


As a woman, self love is the greatest gift you can give yourself, your man and your world. The kind of Man you attract are not scums when you have this.


Majority of Men are Abusers

This particular one reinforced my belief of how many men are abusers. Many men may not physically abuse a Woman but they daily make her feel less than she is. They always question her intelligence and speak to her like a child. Many men seem to forgot that this woman was doing well without you in her life. Speaking to a woman in a way men hate to be spoken to as a man is proof is another way abuse and try to emphasize their ‘superiority agenda’ on a woman.

See, men are sexual beings either by life conditioning or nature. One thing I have observed is that when a man meets a Woman, sex is one of the things he’s thinking about.


Many of the stories on Oloni’s thread would be non-existent if women, from the beginning of their relationship ask a man specifically if all he wants is sex. Many women wait till they start Catching Feelings before they ask and they are even asking via SMS. That’s not how to go about it. Ask him the moment he’s inviting you over.
When you are aware from the get-go that this man just wants a bed mate, you will not be caught off-guard.

ALSO READ: A Guide to Understanding African Men and Their Psychoanalysis Tendencies

Please note that there are many men who would say they want more but actually just wants sex. Pay attention to his body language.

In the book of a man, drama is another name for nagging. Writing long epistles for a man when it’s not that you are praising him often makes him see you as a drama queen. Coming up with issues about your relationship with him over and over is bothering to him. A man is naturally set at that popular junction of ‘let’s see how it goes’ and there are two reasons for this:
He either wants you for real or wants you for sex.

The problem is that he is trying to decide. All that time you were nagging him for answers, to him, you are simply helping him make a decision to say you are only good for sex.
When you start seeing one word answers as replies to messages from a man, he is already seeing you nagging.
Love is nothing but commitment
Oloni’s thread show a pattern of women who are desirous of love from men who are not commiting to them. This is putting the horse before the cart. When a man is not showing enough commitment to you, he doesn’t love and want you like that. If a man wants you like that, one thing he will do is show enough commimentment to you.

Another lesson to take away from this is that women are often expressive with their feelings. When a woman starts to catch feelings for a guy, beyond being there for him, she expresses her heart to him. A guy then takes this same message a Woman sends to him and use it to his own advantage.  Sometimes, your expression may cause him to fall for you and at other times, it may propel him to use you for sex seeing he now has a hold on you.
As a woman, don’t just talk, get him to talk as well.


The painful principle of ‘let’s see how it goes’

We are now in an age where there is a difference between ‘I’m seeing someone’, ‘I’m dating someone’, and ‘I’m in a relationship with someone’. The major factor that makes this concept painful is that it operates the principle of ‘let’s see how it goes’.
When your relationship with a man is based on ‘let’s see how it goes’, you shouldn’t be surprised if it’s ending in a sad place. To avoid stories like that of Oloni’s thread on Twitter, never join the bandwagon of people that do not determine the destination of a relationship before they sail.

You will always have an advantage of you start with a destination in mind.

ALSO READ: A Guide to Understanding African Men and Their Psychoanalysis Tendencies

﻿Pride Goeth Before Your Relationship Faileth: The True Story of Adisa and Shalewa

Relationship Gist with Fisayo: Is it okay to have a joint account with your partner?